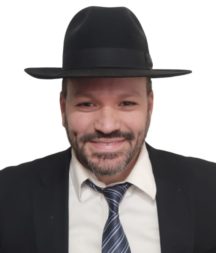 Rabbi Yosef Simon is the brainchild, visionary, founder and director behind Yeshivas Toras Dovid. Having received his rabbinic ordination from Rav Shraga Feivel Zimmerman and Rabbi Yisroel Simcha, Rabbi Simon went on to give chaburos in halacha and hashkafa. Feeling the acute need for a Kollel dedicated to meet the needs of ba'alei teshuvah, in 2017, Rabbi Simon recruited six young men and founded the Toras Dovid Community Kollel named after his late-father-in-law Rabbi Dovid Winiarz z"l. In 2019, Rabbi Simon expanded the programming to include the yeshiva bochurim - which then numbered only ten. In just a few short years, both the Kollel and yeshiva have taken in many more students as well as a night-seder learning program for members of the Monsey community at-large. Rabbi Simon's warm personality creates an environment where talmidim of all types can feel welcome. He is extremely dedicated to the well-being of each of his students and works tirelessly to develop and enhance every facet of Toras Dovid. 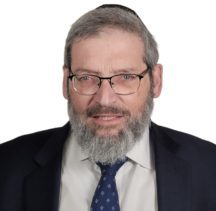 Rabbi Avraham Fishel Becher is one of Toras Dovid's senior maggidei shiur. He learned at Yeshivas Telz in Cleveland, Yeshivas Mir in Yerushalaim and Yeshivas Mir in Brooklyn where he received semicha from Rabbi Shmuel Berenbaum zt'l. In addition to giving advanced level Gemara shiurim, both biyun and bekiyus, Rabbi Becher also gives a weekly Chumash-Rashi shiur and regularly counsels current and former talmidim of the yeshiva. Rabbi Becher serves as Rav of Khal Ohavei Torah in Spring Valley, New York and is a veteran maggid shiur of the Daf Ha'Yomi. 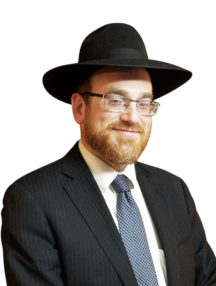 Rabbi Shimon Rosenblum learned many years in Kollel Zichron Yakov under the guidance of his rebbeim Rabbi Yitzchak Adler and Rabbi Menachem Goldman. He devoted much of that time toward gemara b'iyun, and specifically toward understanding the impact the lomdus of the sugya has on the practical halacha. It is this element of learning which he tries to give over in his shiur in order to help others understand not only how to learn b'iyun, but also why learning b'iyun is so important. Rabbi Rosenblum spent eleven years directing Kollel Reyim Ahuvim prior to joining Toras Dovid. It was there that he met Rabbi Yosef Simon, who subsequently founded Yeshiva Toras Dovid and invited Rabbi Rosenblum to join him in that endeavor. 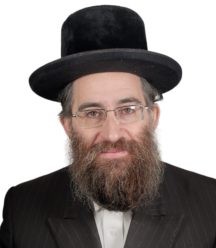 Rabbi Royde hails from Manchester, England where he learned in the famed Gateshead yeshiva before studying at Belz in Eretz Yisrael. Upon arriving on American shores, Rabbi Royde learned in a rabbinic kollel for approximately ten years and since then has been actively involved in kiruv rechokim. Specifically, Rabbi Royde is the co-founder of the popular and highly successful Traveling Chasidim program and has been affiliated with Aish HaTorah and Project Inspire. Rabbi Royde has routinely given shiurim and classes across a wide variety of topics and brings a wealth of experience to shalom bayis where he has served as a mentor for countless students over the years. Rabbi Royde has been affiliated with Toras Dovid almost from its very inception and presently teaches Gemara (Beginners Track) as well as provides advice and counsel to our students. 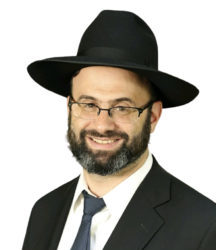 Rabbi Gabi Fried grew up in the Willowbrook community of Staten Island, NY. He learned in the Yeshiva of Staten Island since 1989 (high school, beis medrash, and kollel), and is a Talmid Muvchak of Harav Hagaon Rav Reuven Feinstein Shlita. He has been a Maggid Shiur for Dirshu International since 2011 and is the Rosh Kollel of a community kollel in Monsey NY, which is based in Congregation Ateres Rosh in Wesley Hills. Rabbi Fried teaches the Dirshu Mishna Berura shiur at Toras Dovid. 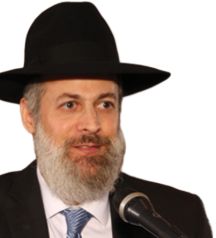 After studying in Yeshiva Mercaz HaTorah under the tutelage of Rav Aryeh Rottman z"tl and ybl"c Rav Binyomin Moscovits shlitah in Yerushalayim, Rabbi Mutty Leiser began teaching Torah in a number of venues in Monsey, NY. He delivered halacha classes in Yeshiva Ohr Somayach for close to two decades, and he has been leading the Amud Yomi Chazarah Program since 2008, first in Yeshiva Ohr Somayach, and currently in Yeshiva Toras Dovid.

The goal of the Amud Yomi Chazarah Program is to guide semi-seasoned gemarah learners through the process of mastering the entire shas, one amud at a time. The program covers two and a half blatt (five sides) each week with a built-in chazarah program. Rabbi Leiser drafts and distributes chazarah schedules and color-coded diagrams that present the material in a clear visual way that is easy to digest and remember. Members of the Chazarah Program, both seasoned and new, appreciate and benefit from their precision and clarity to grasp even the most complex amudim of shas. 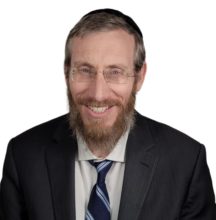 Rabbi Zev Wolbe grew up in Monsey, NY, studied at Yeshiva Gedola of Passaic, and then married and moved to Eretz Yisroel. There Rabbi Wolbe studied at the Mir Yeshiva and The Jerusalem Kollel under Rav Yitzchok Berkovits. He also had the merit of spending extended time with and learning from his grandfather, Rav Shlomo Wolbe z"tl. He is now involved in publishing his grandfather's seforim. Rabbi Wolbe teaches a Mussar shiur at Yeshiva Toras Dovid in Monsey and a Halacha shiur in the evenings at Passaic Torah Institute. He lives in Passaic with his family, and hosts a neighborhood shul in his basement. 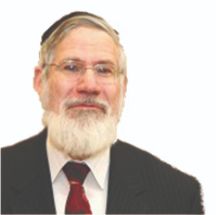 Rabbi Yisroel Saperstein is an experienced and dynamic speaker, who has captured the attention of audiences from Mexico City to Midtown Manhattan, to Monsey, New York. Whether speaking before the scholars of Beth Medrash Govoha in Lakewood, beginners attending Gateways seminars, or Modern Orthodox congregations, his animated delivery and arresting and stimulating blend of history and philosophy has entertained, enlightened and enriched his listeners.

Well versed in Jewish history, Rabbi Saperstein's history lectures have been presented at the most prestigious yeshivos, including Beth Medrash Gavoha in Lakewood and Ner Israel in Baltimore, the Jewish Renaissance Center, the Jewish Learning Exchange of Ohr Somayach, and at Torah Umesorah's Aish Dos program. A prolific writer as well, his articles about the Holocaust and other historical topics have appeared in magazines and newspapers in the U.S. and Great Britain, as well as in Artscroll's "A Path Through the Ashes". He produced and broadcasted a weekly radio show entitled "Horizons: Excitement In Jewish Thought" on WLIR 1300 AM in Rockland County.

Rabbi Saperstein's diverse educational background includes: Ramaz, MTA, RIETS (Yeshiva Program of Yeshiva University), four years in the Kollel of Mirrer Yeshiva in NY, from which he received his Smicha, followed by a year in Mikdash Melech, a well known Sephardic institution in Brooklyn.

In 1977, at the request of the Syrian community of Mexico, Rabbi Saperstein moved to Mexico City with his family to help found the first kollel in that country. For five years, he devoted himself to teaching adult education in History, Philosophy and Talmud. He served as a spokesman for the Jewish community before the highest echelons of the Mexican government helping to ensure the availability of imported kosher food.

Since 1982, Rabbi Saperstein has been active on the American scene, involved in almost every aspect of Orthodox Jewish life, including spearheading innovative Kiruv projects for a wide variety of individuals, An experienced maggid shiur and teacher, he served as the Rosh Kollel of the Monsey Dirshu program, headed the Semicha programs in Yeshiva Ohr Reuven of Monsey and the Yeshiva Gedola of Bridgeport, and taught history and ethics at Ohr Somayach's Meir Simcha division, and Masores Bais Henna Women's Seminary.

An expert in Halacha, Rabbi Saperstein served as the rabbinic administrator for the Kof-K, networking with Rabbonim throughout the world on current Kashrus issues. He is the recipient of awards from The Memorial Foundation for Jewish Culture for his Talmudic research and has received the Rabbinic Excellence award from Ohr Samayach. 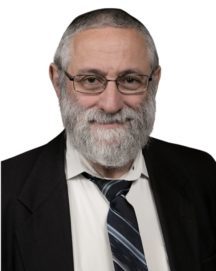 Rabbi Avraham Greenspoon spent eight years in Eretz Yisrael learning under the tutelage of Rav Yaakov Friedman, Rav Moshe Shapiro, Rav Dov Schwartzman, and Rav Yitzchak Hutner. He then returned to America as one of the founding Kollel yungeleit of the Stamford Yeshiva, under Rav Simcha Schustal and Rav Moshe Shapiro. Two years later, he joined the staff of the newly established Ohr Somayach branch in Yonkers, then Monsey, New York. After six years as a Rebbi in Ohr Somayach, he took a brief hiatus [30 years] from professional k'lai kodesh, becoming an actuary in the life insurance industry. Upon retirement in 2014, he returned to full time Torah learning, under the guidance of Rav Asher Dovid May. Since the establishment of Toras Dovid, he has resumed expounding the depths of Torah and Yiddishkeit to a new generation of talmidim, thirsty to drink from the wellsprings of our great sages. 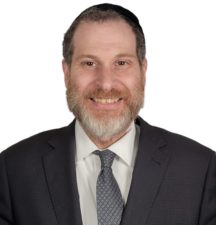 Having graduated from the University of Pennsylvania (1996) and Boston College Law School (1999), Rabbi Yered Viders learned at Ohr Somayach Yerushalayim. After clerking for the Supreme Judicial Court in Massachusetts, Rabbi Viders joined Ohr Somayach Monsey, first as a student (in 2001) and later as a teacher (in 2009). Rabbi Viders first book, "Seize the Moment! Finding Meaningfulness in the Here and Now" was published by Mosaica Press and his writing has appeared in Binah, Inyan and Aish.Com. Rabbi Viders teaches the introductory Gemara shiur as well as introductory classes on halacha and mussar. 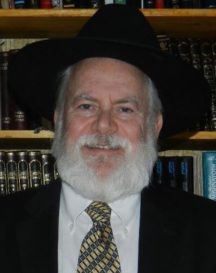 Rabbi Ephraim Baer has been teaching Torah for the past 34 years. He has 20 years of experience teaching in day schools in Virginia Beach, VA, Edison, NJ and Monsey, NY. During that time, he taught every grade from 2nd through 8th. He also has been teaching adults of all ages, from high school students to people in their sixties for the past 24 years. For 12 years he taught in Yeshivas Ohr Somayach in Monsey. For the last 7 years of that period he directed and taught his own program at Ohr Somayach, called the Lahav Program. This program was designed to teach motivated baalei teshuva with little background, independent learning skills in chumash, mishnah, gemara and mishnah berurah.

Rabbi Baer developed an innovative approach for teaching people how to learn gemara, called the "Baer Essentials" which has been very successful. Two years ago, he taught for 1 year at Kollel Toras Dovid before being hired to teach at the Shaar Program, a beginner's program at Yeshiva Sh'or Yoshuv in Lawrence, N.Y., where he has been for the past year. When the Covid-19 pandemic began, he started giving a shiur online for Kollel Toras Dovid once again. He has been tutoring students of all ages for decades and has been giving a gemara skills class at the West Side Kollel in Manhattan, N.Y. for almost 20 years. He gave similar classes in White Plains, NY, Fairlawn, NJ and in Passaic, NJ